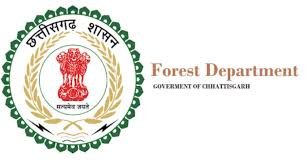 The Game of Transfer continues to disrupt the functioning of Forest Department as the Chhattisgarh Government has once again given fresh postings to eight more Indian Forest Service (IFS) Officers on Monday.

Last mass transfer order was issued on December 8, 2020, and now another order on Monday, December 21, 2020, which means barely 13 days have passed since the previous transfer order. The previous order stirred up a controversy when the tribal people of Keshkal Division protested against the transfer of Keshkal Divisional Forest Officer Ganveer Dhammshil, who is now posted at Durg. Officers are bouncing like balls from one post to another in a matter of not a year or even a month but within a couple of weeks.

According to the new order, IFS of 1989-batch Tapesh Jha has been shunted from the post of APCCF (Development and Planning) Aranya Bhawan to the post of Member Secretary Chhattisgarh State Biodiversity Conservation Board, Atal Nagar. Tapesh Jha replaced IFS of 1991-Batch MT Nandi, who is posted as APCCF (Administration Gazetted/Coordination) Aranya Bhawan, which was earlier occupied by IFS-1994 Arun Kumar Pandey, who is now made APCCF (Development/Planning) Aranya Bhawan.

IFS of 2001-batch Janak Ram Nayak has been given charge of CCF Raipur Circle, IFS-2001 Abhay Kumar Shrivastava posted as CCF (Wildlife) and Regional Director Indrawati Tiger Reserve in Bijapur and IFS of 2002-batch Soma Das has been reshuffled from the post of Conservator of Forest at PCCF Office to CCF (Bamboo Mission) Aranya Bhawan, Atal Nagar.

It’s to be noted that Arun Pandey was removed from the post of APCCF Wildlife not too long ago. He hardly got to spend a few months on the post of APCCF (Administration Gazetted/Coordination) Aranya Bhawan. Soma Das is another officer who was one of the 35 IFS officers, who were transferred on December 8, 2020, and he has been given new posting in just 13 days.