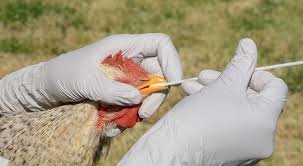 Hours after National Institute of High Security Animal Diseases, Bhopal, confirmed that the samples of chickens collected from Balod District of Chhattisgarh for Bird Flu test were positive, Chhattisgarh government on Thursday issued high alert in all the districts of the state.

The Institute on Thursday evening reported to the Chief Secretary of Chhattisgarh and the Director of Animal Husbandry that the samples of chicken collected from Balod district were found positive for Bird Flu.

It is worthwhile to mention, five samples from G S Poultry Farm, Gidhali, was collected on January 11 and were sent to Bhopal for laboratory test. Alll the five samples were found infected by H-5 N-8 Avian Influenza virus. Besides, Tracheal Swab and Cloacal Swab were also found positive, according to the report submitted by the institute to the state government. On the basis of this report, state government issued high alert in all the districts of Chhattisgarh. The Director, Animal Husbandry, said that the one kilometer diameter area of the poultry farm affected by Bird Flu will be declared infected area. Rapid Response Team will take necessary preventive measures to prevent the diseases from spreading to other locations. The infected areas will be strictly prohibited and no activities will be allowed, said the Director. Vehicular movement and commuters will also be restricted in the area. One kilometer area of Gidhali where poultry farm is situated and 10 km diameter will be under close vigil.