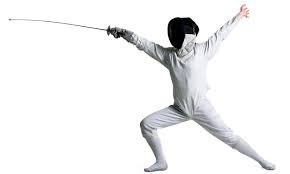 Fencing Confederation of Asia (FCA) President Dr Celso L Dayrit made it clear that Beach Fencing or any other form of fencing are not within the jurisdiction of the International Fencing Federation and the Fencing Confederation of Asia. The FCA recognizes only the Olympic sport of Fencing, said Dayrit in reply to a letter written by the Bashir Ahmed Khan, Secretary General, Fencing Association of India (FAI), seeking clarification.

Earlier, FAI approached Fencing Confederation of Asia (FCA) with a query related to other forms of fencing sport like Beach Fencing and Stick Fencing, their administration and control procedures.

In the letter to the FCA president Dr Celso L Dayrit, FAI mentioned that the FAI has come across few other forms of fencing sports in India like Beach Fencing and Stick Fencing, being patronage and developed under the respective association. Fencing Association of India seeks a clarification on the subject that whether at Asian level and world level, such other forms of fencing are being controlled by FCA, FIE (International  Fencing Federation) or not. Is there any other form of fencing activity being promoted under the umbrella of FCA or FIE.

The clarification is required to be submitted with National Olympic Committee and Sports Department of Government of India, FAI writes.