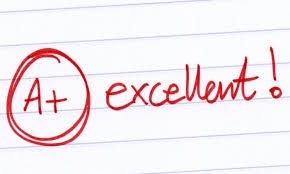 At a time when sportspersons of the state are passing through the most difficult phase of their career due to the Covid-19 pandemic, an amendment to the existing sports policy, reportedly proposed by the Sports Department Committee, may provide a jolt to the dreams of many sporting talents. It was learned that the proposal recommending amendment in the policy has been moved to the competent authorities in the state government.

If the amendments, reportedly proposed by the sports department, are approved, only gold medallists will be eligible for government jobs on sports quota while silver and bronze medallists will be deprived of it, said sources on condition of anonymity.

Sport Department Director Sweta Sinha however refused to comment on the matter stating, “this is a departmental procedure and I cannot say anything on this matter,”.

Saba Anjum, Padma Shri, and Arjuna Award recipient and one of the key members of Sports Department Committee dealing with Excellent Sportsperson matter said that she was present in the first meeting of the committee after which another meeting was held recently. “I was not present in the second meeting and therefore I cannot say about it,” said the former Indian Women team member Saba who is currently serving as DSP in Chhattisgarh police. She, however, said that the best should get the benefits of government facilities and whatever is the best for sportspersons will be done. Only an outstanding player can understand the importance of a government job and therefore an outstanding player should be given opportunity, said the youngest of all participants in the hockey competition at the 2002 Commonwealth Games in Manchester.

Meanwhile, a senior sportsperson commented that if the government wants to promote a sporting culture it should have a lenient approach and in sports, participation is more important and not winning gold. At least the elected state government should not forget this motto and play into the hands of few bureaucrats.