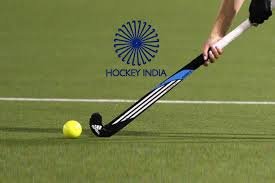 Selection trial for State-level hockey, athletic and archery residential sports academies of Raipur and Bilaspur has begun. Sports and Youth Welfare Department will select 54 players for Hockey, 60 in Athletic and about 36 in Archery for the Hockey, Athletic and Archery Residential Academy Khelo India State Centre of Excellence, opened under Government of India’s Khelo India Scheme.

At state-level, 300 players will be finalized for the Raipur and Bilaspur academies. Free accommodation, food, education, sports apparel, playing kit, accident insurance etc. facilities will be made available to the selected players as per the Sports Academy operating rules.

All such boys and girls who are interested in these sports can participate in the selection process. District-level selection trials will be conducted in all the districts of the state in the month of February. The participants selected at district-level will be sent for state-level selection trials. Sports-wise class-wise battery test and skill test of boys and girls participants will be taken as per the standard set by the Sports and Youth Welfare Department according to the rules of the Sports Academy.