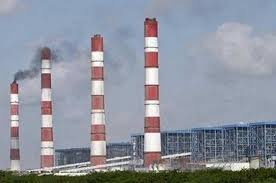 As part of extension to the existing infrastructure, the BALCO has decided to set up a new Potroom on the premises, aiming at increasing plant’s capacity by 5 lakh tonnes. The construction is expected to boost the economy of the district.

The major aluminum producer of the nation, BALCO, is gearing up to increase its production capacity through the new potroom once it comes up. While the existing capacity of the BALCO Potroom is reported to be 5 lakh tonnes, it will expectedly reach to 10 lakh tonnes post-establishment of a new one. The estimated cost of the construction will be around Rs 12 thousand crores. Public Hearing for the proposed project is scheduled to be held by Environment Department on February 17.

However, the Balco’s initiative towards establishment of a new potroom has instilled hope among traders,merchants and many unemployed youths of the district as they expect better business with convergence of of labourers and engineers.

It needs to be recalled here that a similar uplift to business was experienced during construction of power plant at BALCO during 2008 global recession. While recession gripped the world, traders in the district were least affected by the blow as thousands of workers poured in from across the nation for construction work. With the proposed potroom construction, many engineers, labourers and other skilled workers and technicians are expected to reach the district. This will provide some relief to the COVID-hit market and ease the flow of cash in local market.

As per expectations, the new potroom will open doors of opportunities for young engineers and graduates, who are in need of employment. The proposed potroom is expected to generate 15 to 20 thousand vacancies at various positions.

It needs to be mentioned here that the potroom does not emit smoke or other pollutants, making it safe for the environment. The land required for construction is available inside the current plant campus.

Another proposal in line is to reconstruct BALCO’s Captive Power Plant, which was shut down in year 2017. While the plant will add to the power-generation capacity of the district, it will also provide employment to thousands of educated youth.

Balco PRO Manasi Chouhan said that process regarding establishment of the new potroom would commence after the public hearing.