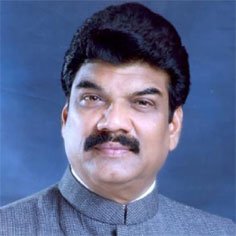 Transport and Revenue Minister Govind Singh Rajput has given instructions to the Additional Chief Secretary Transport to conduct a state-wide campaign for effective and systematic operation of passenger buses. He said that special checking campaign should also be conducted in the state.

Transport Minister informed that seven day’s campaign to be conducted at the state-level, the validity of permits of passenger vehicles, fitness certificates, passenger vehicles plying on routes other than for those permits have been issued, carrying more passengers than the capacity, carrying goods on the roofs of passenger buses plying in big cities like Bhopal and Indore, papers related to insurance and tax will be checked. If any of them is found to be deficient, action will be taken against the concerned as per rules.

Bus speed will be controlled

The Transport Minister said that one of the reasons for the accident of passenger vehicles is the movement of vehicles at higher than the prescribed speed. The driver-conductor of the passenger buses drive the vehicle at a high speed in the greediness for more money, which causes the vehicles plying at high speed to crash.

He said that in order to curb this, instructions were issued in the past to install speed governors in passenger buses. During checking, officers should also check whether the speed governor is installed or not. He said that accidents also happen due to overloading of passenger buses, seating of more passengers than capacity, so also pay attention towards this. There will be no compromise with the passengers’ life and property.

Transport Minister will do surprise inspection

Transport Minister Rajput said that to control the operation of passenger buses, I myself will do surprise inspection of buses on roads. In case of any irregularity, disciplinary action will also be taken against the bus owner and the transport officer concerned. Along with the bus owner, the officers themselves should also be aware of their responsibilities.

Passenger buses to be operated according to permits

Transport and Revenue Minister Rajput said that during the campaign it must be ensured that buses are operated according to permits. Strict action should be taken against the vehicles plying on a route different from the prescribed route. Citing Sidhi’s tragic bus accident, he said that action will be taken against the culprits after the findings of the investigation into the accident are revealed.