A non-profit entity to be established by private sector participation

The Minister was apprised about the significant progress made for the project. QCI has established a team of experts for execution of the project in a mission mode. A number of small and medium enterprises have been on-boarded as volunteers to complement ONDC team. An ONDC gateway has also been established. About 20 entities covering all network components are at various stages of on-boarding. DPIIT has approved a budget of approximately Rs 10 crores for initial work on the project.

It has been suggested to establish a private sector led non-profit company. The entity is expected to provide a start-up mindset for a population scale implementation, enabled by a management with a futuristic vision, leadership with a deep understanding of commerce, comfort with cutting edge technology, and missionary outlook to drive change. A non-profit company structure removes any incentive for owners to drive for profit maximization, keep focus on ethical and responsible behaviour while providing for trust, rigorous norms of governance, accountabilityand transparency.

The role of the entity would be to develop the network by adopting and building enabling technology and encouraging wide-scale voluntary participation by eco-system players. It would ensure network discipline by establishing a code of conduct and rules of network based on principles of consumer protection, fair trade and regulatory conformity. The entity will also provide foundational services for managing the network like digital infrastructure for the network, common registry, certification of participants and certifying agencies, grievance redressal, etc. The entity will develop and operate reference applications for buyers, sellers and gateway for market activation and priming the network along with partner entities. It will also support SMEs in their digital transformation by developing readymade tools to help existing software applications quickly adapt to the network.

Goyal expressed satisfaction with the progress made and desired to compress timelines for making this network a reality soon. He directed that wide participation from ecosystem should be ensured and the institutional structure should be created in such a manner so as to ensure that the entity conducts itself in an ethical, cooperative, democratic and responsible manner.

He directed that special efforts must be made to build trust in the ONDC network and elaborate mechanisms must be put in place for dispute resolution. 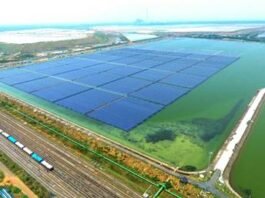