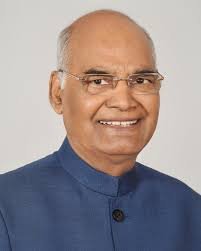 Delhi, Dec 5
The Parliamentary Committees in general and the Public Accounts Committee (PAC), in particular ensure administrative accountability of the Executive towards the Legislature, said the President of India, Ram Nath Kovind.

He was speaking on the occasion of inauguration of the centenary celebrations of the Public Accounts Committee of the Parliament in the Central Hall of Parliament House on December 4.

The President said that in a democracy, Parliament is the embodiment of the people’s will. Various Parliamentary Committees work as its extension and enhance its functioning. He noted that it is a welcome division of labour as they allow the Houses to discuss and debate all issues while select groups of the Members of Parliament can devote more focus on select matters. He said that without Parliamentary Committees, a parliamentary democracy would be rendered incomplete. It is through the PAC that citizens keep a check on the government finances.

The President said that in parliamentary democracy, accountability is central to governance. Therefore, it is obvious that a committee of people’s representatives doing scrutiny of public accounts plays an important role. The Public Account Committee has been entrusted with a great responsibility of showing the virtue of prudence. It aids in finding better ways to raise the resources and, more importantly, to spend them efficiently on people’s welfare. He said that since it is the Parliament that grants permission to the Executive to raise and spend funds, it has the duty to assess if funds were raised and spent accordingly or not.

The President said that record of PAC over the decades has been commendable and exemplary. Its functioning has been praised by independent experts too. Many luminaries including one of his predecessors, R. Venkataraman, and three of our former Prime Ministers, Atal Bihari Vajpayee, P.V. Narasimha Rao and Inder Kumar Gujral, served on it. He noted that PAC has examined public expenditure not only from a legal and formal point of view to find out technical irregularities, if any, but also from the point of view of the economy, prudence, wisdom, and propriety. He said that it has no other objective but to bring to notice cases of waste, loss, corruption, extravagance, inefficiency. If more paise out of every rupee coming from honest taxpayers are reaching those in need and also for nation-building initiatives, the PAC and its members have played a large role in the process, he added.