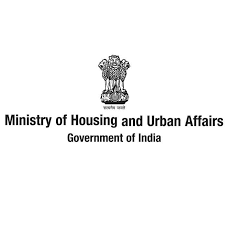 Delhi, Feb 8
The Minister of Housing and Urban Affairs Hardeep Singh Puri in a written reply to a question in the Rajya Sabha on Monday informed that the Swachh Bharat Mission–Urban (SBM-U) 2.0, launched on October 1, 2021 for a Mission period of five years involves urban-rural convergence, whereby infrastructure projects can be taken up on cluster basis to groups of neighbouring Urban Local Bodies (ULBs) and rural areas, so that common waste processing facilities are utilized efficiently.

Similarly, in the recently launched Atal Mission for Rejuvenation and Urban Transformation (AMRUT) 2.0, rural-urban synergy will be affected whereby water markets for reuse of treated used water shall be ascertained in rural urban continuum. Co-treatment of sewage/ seepage from nearby villages in spare capacities of Sewage Treatment Plants (STPs) will be explored by ULBs. To facilitate this, National, State and ULB level committees on water/ sewerage/ river/ water body coordination shall be represented by members of rural areas also, especially for peri-urban areas (zones of transition from rural to urban land). Further, under AMRUT 2.0, there will be a capacity building convergence also between urban and rural, wherever feasible.

Both SBM-U 2.0 and AMRUT 2.0 have been launched recently on October 1, 2021 and plan preparation has begun to make cities ‘garbage–free’ and ‘water–secure’.