First direct flight between Gorakhpur and Varanasi was flagged-off on Sunday. SpiceJet was awarded the route under the RCS-UDAN 4.1.

The airline will be operating daily flights and will deploy its Q400, 78-seater turbo prop aircraft designed for shorter distance flights on the route. SpiceJet is India’s largest regional carrier. The airline operates 63 daily flights under UDAN connecting 14 UDAN destinations to various parts of the country.

At present SpiceJet is providing its services at Gorakhpur, Varanasi, Kanpur and Kushinagar airports in Uttar Pradesh. This new flight route is a part of nine new UDAN flights that SpiceJet will be launching today out of which 6 will for Uttar Pradesh specially and 3 will be for other states of the country.

Speaking on the occasion, Shri Jyotiraditya M. Scindia said, “Today is a historic day as we are connecting 2 ancient cities which have deep cultural and religious impact on the history of our country. Varanasi was connected with 11 cities but with the inauguration of this summer schedule, it will now further be connected with 4 more cities namely Gorakhpur, Jaipur, Guwahati and Jammu. Similarly, Gorakhpur which was connected with 6 cities will further connected with 3 more cities – Varanasi, Bangalore and Kanpur amounting to 9 cities in total. In Gorakhpur, we are looking to increase the capacity of the civil enclave of Gorakhpur Airport to 300 passengers from current 100 passenger by December 2022.”

The minister further emphasized that “Uttar Pradesh which had 4 airports now has 9 airports established namely Prayagraj, Kanpur, Bareilly and Kushinagar. In near future, 7 new airports in Saharanpur, Muradabad, Aligarh, Azamgarh, Shravasti, Chitrakoot and Sonbhadra and 2 new international airports in Noida and Ayodhya will be established. With this, Uttar Pradesh will have 18 domestic and 5 international airports.”

Shri Scindia further added that “Civil Aviation plays an important role in the country. Recently, Ministry of Civil Aviation was part of Operation Ganga where more than 23,000 Indian students were rescued out of Ukraine in a war situation with over 90 flights operating out of 5 neighbouring countries of Ukraine. I would like to thank Indian Air Force and all private airlines who were part of this operation and provided their full cooperation. Today is also marks an important day not just the people of Uttar Pradesh but for the entire country as we are opening international flights from today onwards to connect India again with the world”

In the last 5 years, 409 routes and 66 airports have been operationalized under the UDAN scheme and over 90 lakh people have benefitted from it. Over 1 lakh 75 thousand flights are flown under this scheme.

The Ministry of Civil Aviation plans and commits to construct 34 new airports taking the total number of airports to 100 new airports in India with 1,000 new routes under UDAN RCS scheme by the year 2025.

Gorakhpur and Varanasi are popular destination in Uttar Pradesh and attract many tourists throughout the year. Varanasi is a cultural centre of northern India and one of the world’s oldest continually inhabited cities on earth which is famous for the bathing ghats along the banks of river Ganga. The most notable temples in Varanasi are Kashi Vishwanath, Sankat Mochan Temple, and Durga Temple. The city has long been an educational and musical centre. Many prominent Indian philosophers, poets, writers, and musicians live or have lived in the city, and it is home to India’s first residential university, Banaras Hindu University. Hindus from across the world visit Varanasi to perform holy dip in the Ganges and rituals at dozens of ghats along the river.

Whereas Gorakhpur is situated near Nepal Border along the banks of the Rapti river and is also a famous religious centre being the home to the Gorakhnath Math and Gorakhnath temple, the seat of the Nath sect and other Hindu, Jain, Buddhist and Sikh saints.

The Flight schedule is as below: 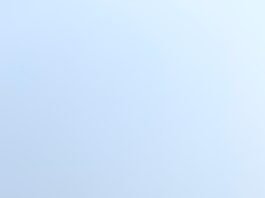